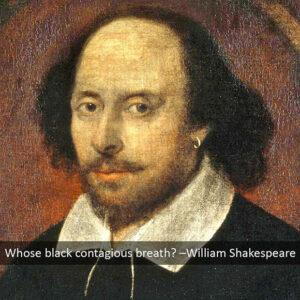 There was something rotten in the state of England during the Early Modern Era: everyone’s sweet tooth!

The English loved the expensive new commodity of sugar so much that the royalty and nobility were extremely prone to tooth decay and foul breath. Foul breath seems to have been on Shakespeare’s mind too because it got at least three mentions in his plays and sonnets.

The weirdest part is that having bad teeth was such a pervasive problem among the rich in particular that it became trendy among the lower classes to artificially blacken their teeth with soot. It was a great way for them to make themselves seem wealthy enough to afford sugar!

How did the English try to keep their teeth healthy? They used herbs like cloves for their breath and toothpicks and cloths to clean their teeth. (We would much rather have our modern toothbrushes.)

When these methods proved insufficient to prevent cavities and a tooth became so painful that it needed to be pulled, they had a few options depending on budget. The most expensive choice was a surgeon, but a “tooth-drawer” was cheaper and a blacksmith would do it for a real bargain.

It’s Good to Have Modern Dentists

Isn’t it wonderful to live in a time when we have effective dental hygiene and access to twelve different specialties of dental professionals — everything from pediatric dentists to orthodontists to endodontists and more?