Pioneers of Women in Dentistry 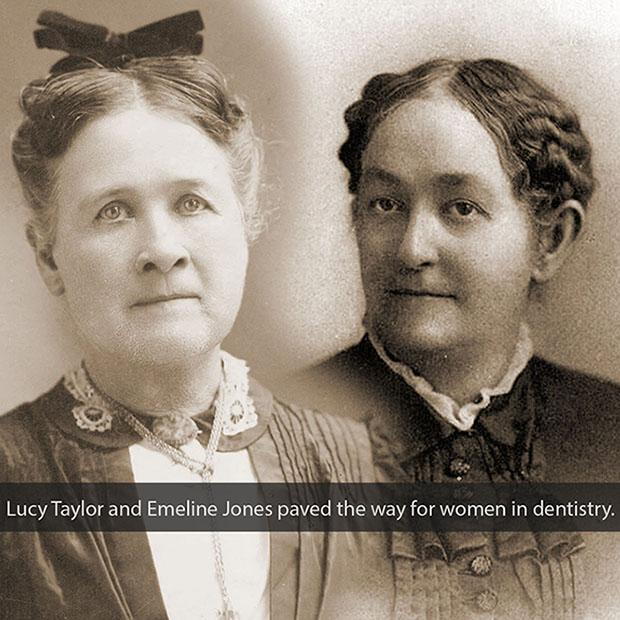 They paved the way for women in all dental specialties, including pediatric dentistry, orthodontics, and endodontics.

Lucy Hobbs Taylor, born in 1833, was the first woman to earn an actual dental degree in North America. After multiple rejections at dental schools, she found a professor to teach her privately and opened her own practice at age 28.

She was soon recognized by her male peers for her skill and gentle chairside manner and was accepted into the Ohio College of Dental Surgery. She received her degree in 1866, married a Civil War veteran, and trained him to be a dentist too! They established a successful practice together in Lawrence, Kansas.

Like many dentists in the mid-1800s, Emeline Roberts Jones, born in 1836, didn’t receive a formal degree. Because she was a woman, she likely would have been rejected by the newly established all-male dental colleges anyway. At age 18, she married a dentist. He was dismissive of the idea that a woman could be a dentist, but she took that as a challenge and trained herself behind his back using extracted teeth.

Eventually, she became his partner and even continued practicing dentistry after he died to support their children. She traveled around Connecticut with her portable dentist’s chair until finding a permanent home for her practice in New Haven, where she worked until retiring in 1915.

The content on this blog is not intended to