The Tooth Fairy Across Time and Cultures 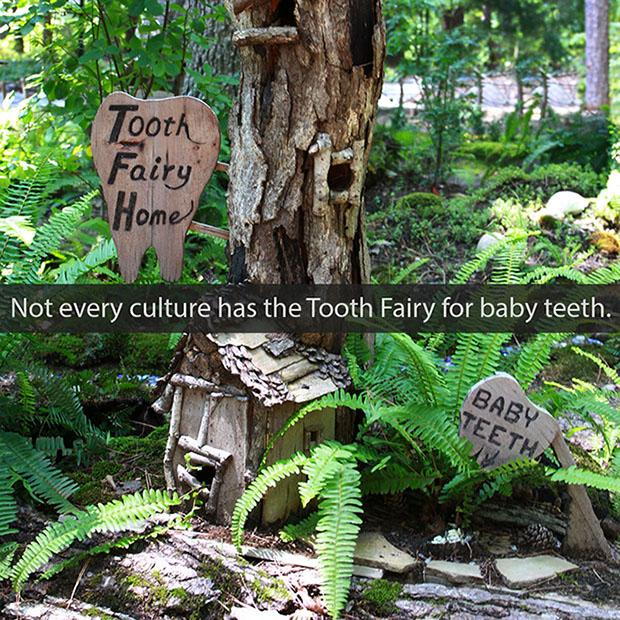 One of the most prominent figures of the magic of childhood is the Tooth Fairy.

However, depending on where and when you are, the traditions around lost baby teeth are very different from what we have in our culture!

Centuries before the Tooth Fairy came along to swap teeth under pillows for quarters, she might’ve needed to dig them up or find them in fireplaces, because Medieval Europeans believed that witches could control people through their teeth, so they would burn or bury theirs.

Kids also burned their baby teeth to help guarantee a peaceful afterlife, because there was a belief that they might be doomed to search for their teeth for eternity as ghosts if they didn’t destroy them.

A little farther north, the Vikings had a very different view: baby teeth were such powerful symbols of good luck in battle that warriors would buy them to put on necklaces! We can’t decide if that would look very intimidating or very strange. Probably both.

Even today, not everyone pictures a Tinkerbell-type figure. Many Latin and European countries actually have a Tooth Mouse! In France, she’s called Le Petit Souris (the little mouse), while many Spanish-speaking countries have Raton Perez, and the tooth mouse replaces baby teeth hidden under pillows for small gifts or coins.